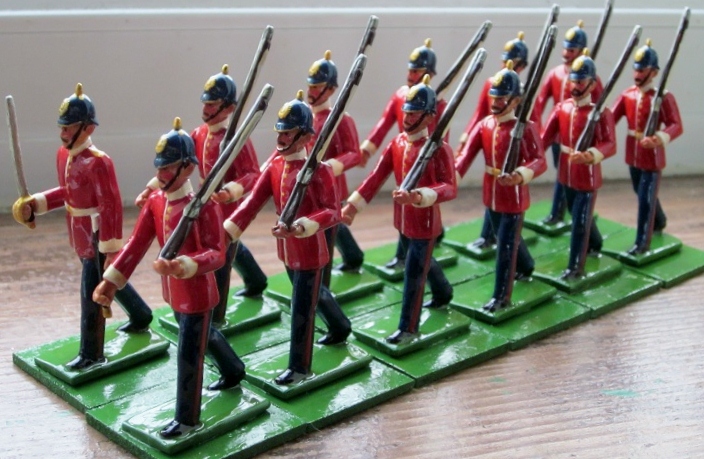 A great excerpt from C.S. Lewis was in my devotional for today:

Did you ever think, when you were a child, what fun it would be if your toys could come to life?  Well suppose you could really have brought them to life.  Imagine turning a toy soldier into a real little man.  It would involve turning the tin into flesh; all he sees is that the tin is being spoilt.  He thinks you are killing him.  He will do everything he can to prevent you.  He will not be made into a man if he can help it.

What you would have done about that tin soldier I do not know.  But what God did about us was this.  The Second Person in God, the Son, became human himself: was born into the world as an actual man–a real man of a particular language, weighing so many stone.  The Eternal Being, who knows everything and who created the whole universe, became not only a man (before that) a baby, and before that a fetus inside a Woman’s  body.  If you want to get the hang of it, think how you would like to become a slug or a crab.